Danny and Paul went on their Lisses (France) trip last week and had promised to leave me a sign of some sort that I would see or find when I go next week. Danny told me that he had left something written on paper in the tunnel part on the Dame Du Lac, and that I would have to know where it was to come across it.

This evening someone added me on MSN, and I thought it would be the usual “I like parkour – how do I get started” that I get a lot of, but the guy said “hey – u must be the guy lol – 1 sec…. found something on the dame du lac…” (at which point I immediately guessed what he was referring to, and was shocked!) and then sent me this photo he had taken just a few days before: 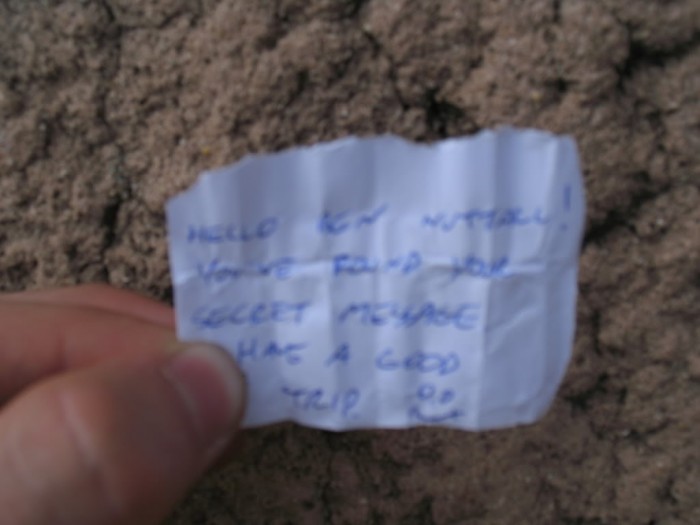 That is all that was written on the paper so the guy decided to Google my name in search for me, and he came across this site which contains my msn address.

I thought it was great of this guy to seek me out to send me the picture. It was weird for me to have been added by a random guy who just happened to have found the piece of paper I was planning to go looking for next week.

We go on Sunday morning. We’re all really looking forward to it! Me, Scotty, Little Danny, Sam and Kai.