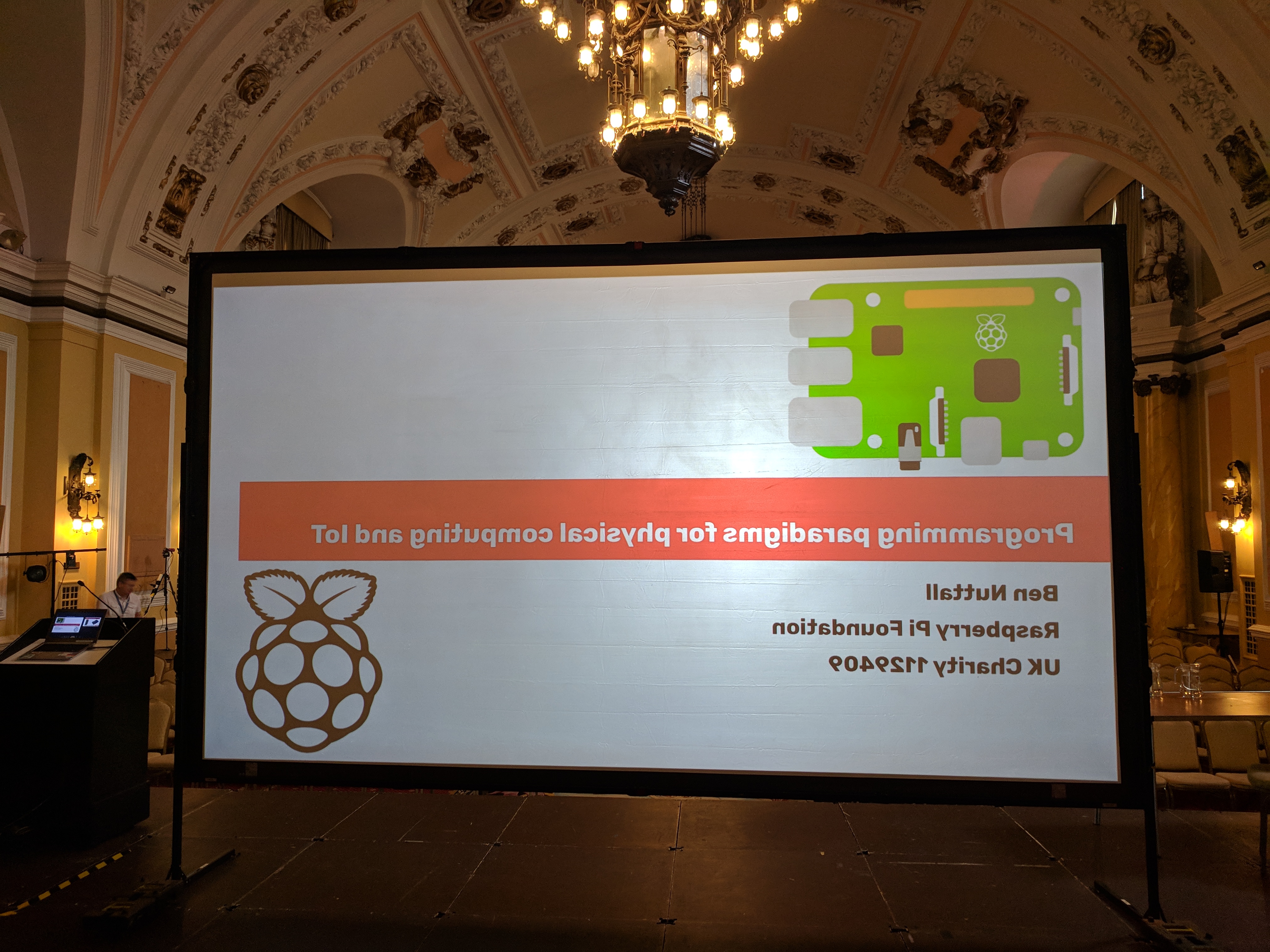 I’ve been lucky enough to have been able to attend (and speak at) two great Python conferences – EuroPython and PyCon UK – (almost) every year since 2014. I’ve been to EuroPython in Berlin, Bilbao and Rimini, and this year it came to the UK – specifically, the beautiful city of Edinburgh. 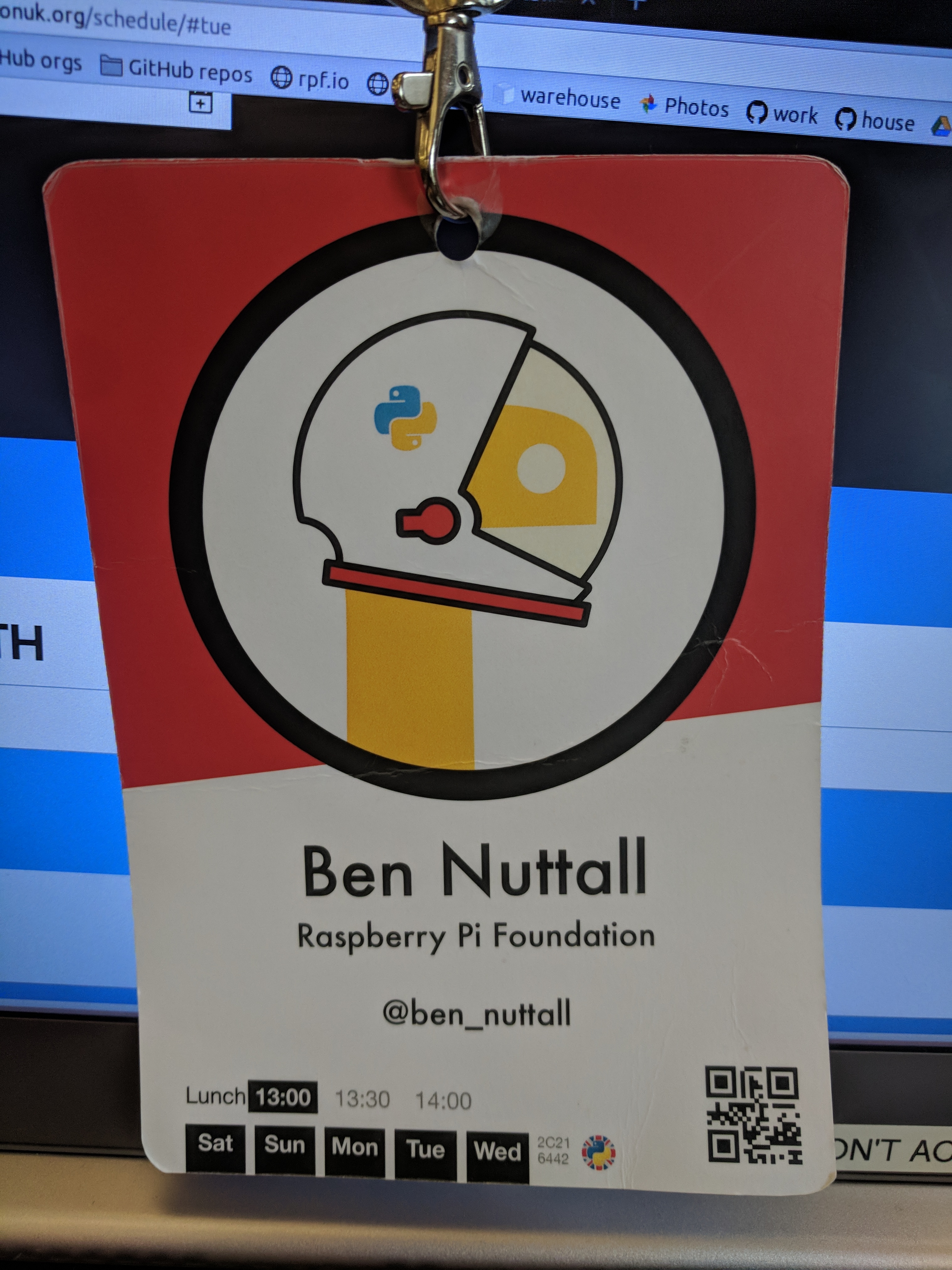 I presented a new iteration of my Python and Raspberry Pi poster at both conferences this year (click to download): 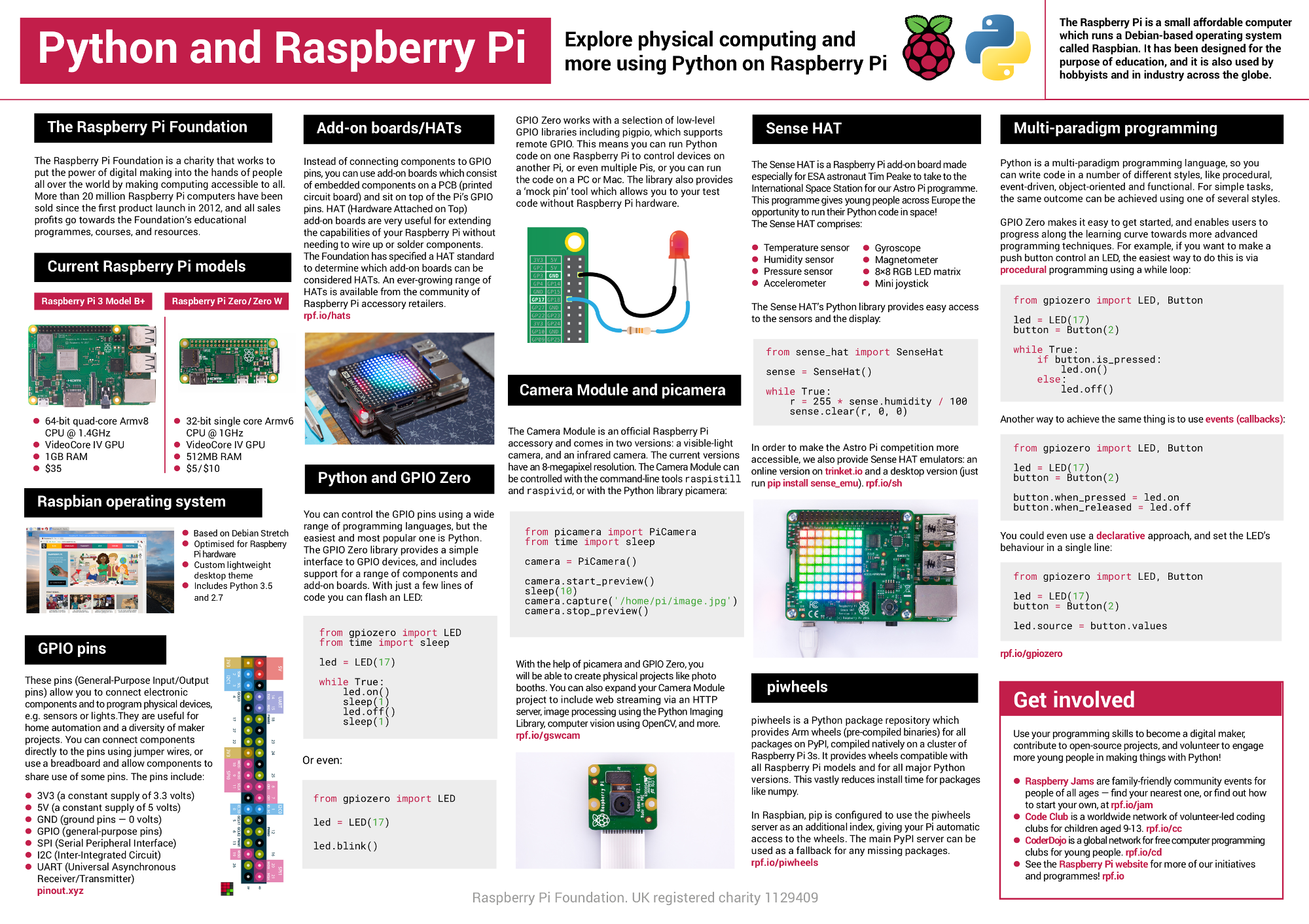 The talk I developed for this year’s conference season was entitled Programming paradigms for physical computing and IoT. It introduces four programming concepts I feel are necessary for writing effective and meaningful code for describing how devices behave.

Here’s the video from me giving the talk at EuroPython:

I evolved the talk a bit (and cut some stuff out for a shorter talk slot) for PyCon UK:

I also gave a lightning talk about piwheels:

And part way through a very busy week of PyCon UK, in between running the education summit, presenting my poster, giving a lightning talk and my scheduled talk, I was announced as one of the recipients of the John Pinner Award, which was a really nice way to be recognised by the community that’s given me so much. Thanks to Daniele, Peter, all the other organisers and congratulations to all other recipients.