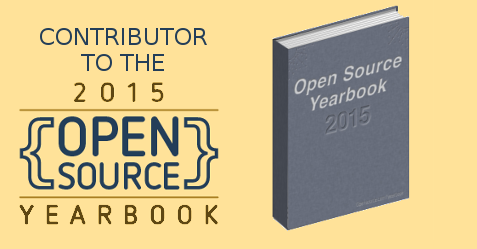 I contributed to the 2015 Open Source Yearbook, created by opensource.com, which you can download as a PDF or view the individual articles online.